Great news for Cape Town and great news for tourists concerned about heading to Cape Town knowing this magnificent city was facing a major water shortage.

The Cape Town City Council has advised that five main dams were at 29.8% of their capacity on Monday‚ more than 10% higher than this time in 2017.

According to the City of Cape Town, the rise in levels can be attributed to the 216.3mm rainfall in May that was close to the long-term average. The South African Weather Service reported that 54.2mm fell in the city centre last week alone‚ with 156.8mm recorded at Kirstenbosch.

Deputy Mayor Ian Neilson commented that the rise in dam levels could also be attributed to the city’s pressure management programme‚ which had reduced water use and the risk of leaks or bursts. Pressure management is reportedly saving 62 million litres of water a day.

The local Western Cape government had announced earlier in the year that ‘Day Zero’, which was originally scheduled for this year, would be postponed until 2019, due to projected annual winter rainfall and continual water management and savings. 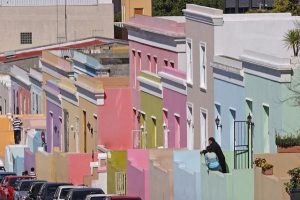 What a great start to the wet season in Cape Town – let’s hope it keeps raining!