That’s the question everyone asks when my youngest son tells them what his favourite animal is. 7 year old Cadan then goes on to say how a ‘pangolian’ (his name for them) is “a type of ant eater that has scales and it eats ants and it has a tongue longer than its body and that there’s lot of different types of pangolians”.  Cadan just loves these African (and Asian) mammals – he is fascinated by what they do and what they look like. He collects wooden carvings of them and pictures – he desperately wanted a book about pangolins for his birthday but alas we couldn’t find one in our local book stores! But despite his 3 trips to Africa Cadan has never seen a real pangolin. Neither have any of us nor any other tourists we’ve met. And only one or two park rangers that we’ve asked have ever seen one either. These elusive animals are nocturnal, shy and very difficult to spot (some species are on the threatened and endangered lists too).  So you can imagine our surprise when we heard from some of our clients that they’d seen a pangolin during their morning walk in Kruger – they didn’t realise there was anything special about their son spotting this strange animal snuffling amongst the grass until the rangers themselves ran off to get their cameras!

This story reminded me of when some friends came to travel with us in the Kgalagadi Transfrontier Park in 2013. Another animal we had never seen was the magnificent pointy-eared caracal! On our first morning drive out together there was one – guarding a steenbok it had just killed. We were insanely over the moon and could not believe our luck, soaking in every minute … our friends, just like our pangolin-spotting clients – all quickly realised how incredibly privileged they were too!! 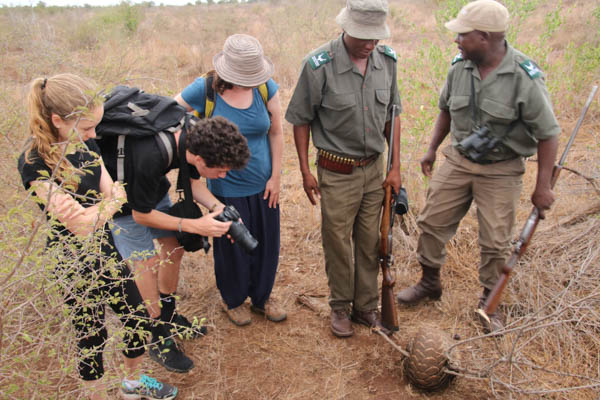 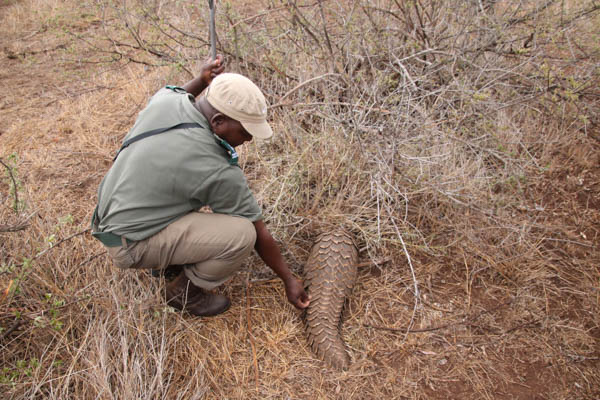 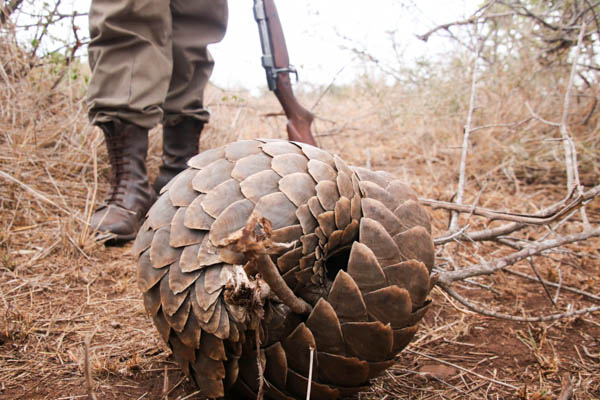 Their defence posture- curling up into a ball (and in this case around a big twig!) (photo: Martin Paul) 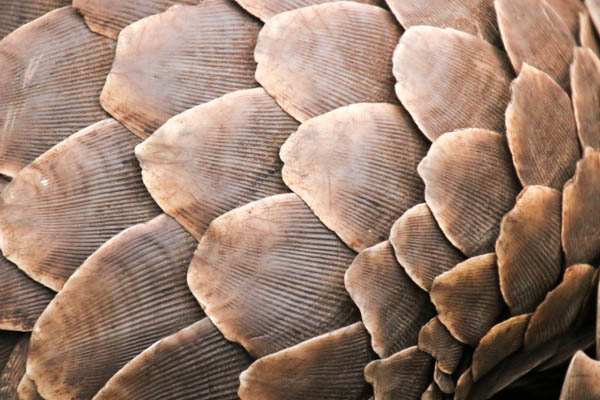 Although they are covered in armoured scales, Pangolins are mammals! (photo: Martin Paul) 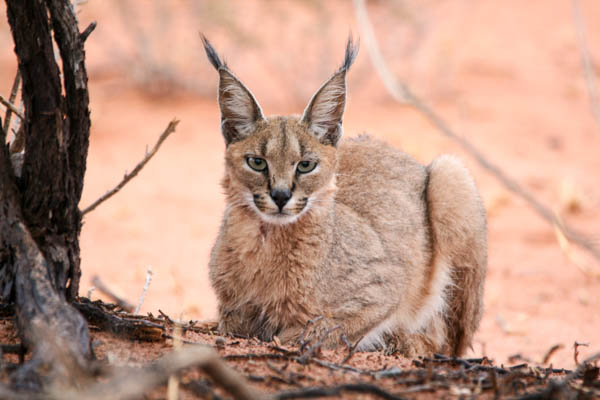 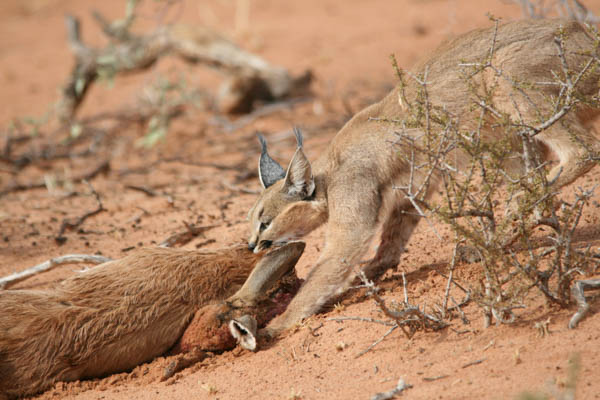 Such incredible strength – dragging the steenbok up the sand dune ( (photo: Sandie Suchet-Pearson)